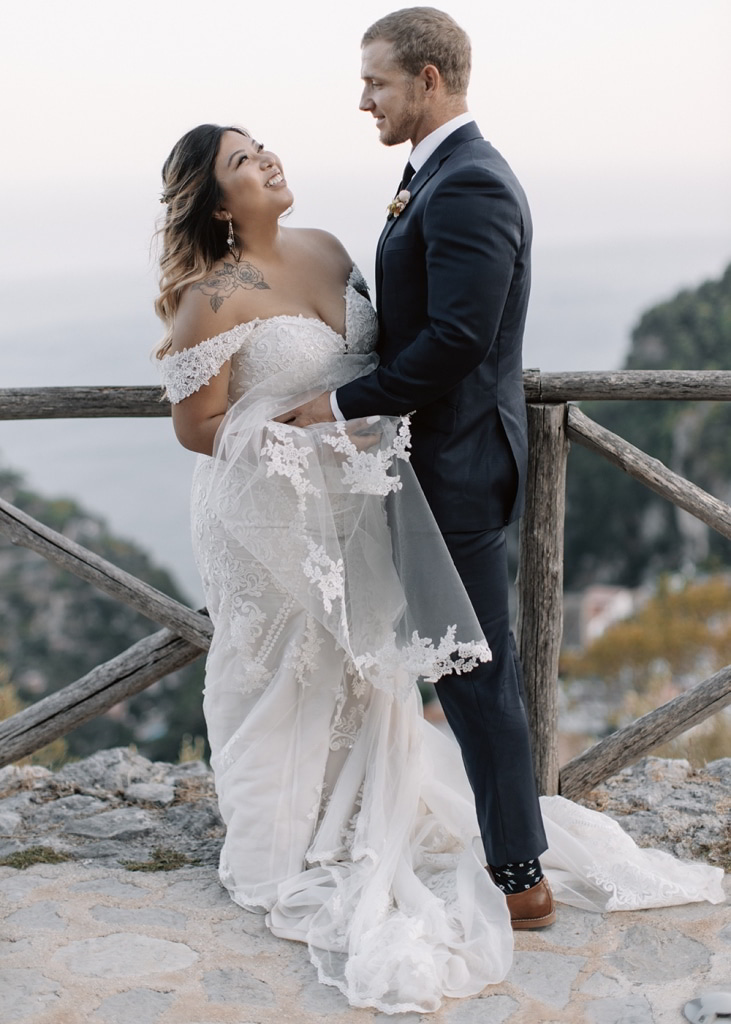 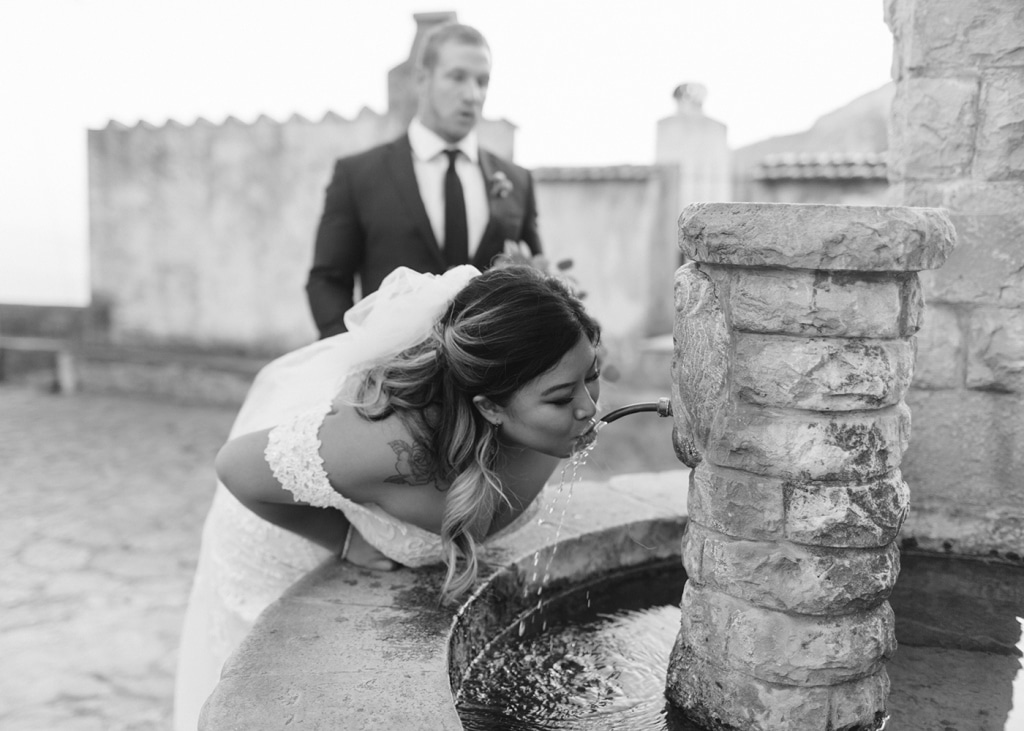 A couple in love Nicol and Spencer from Canada chose the Basilica of Saint Eustace, located in the small village of Scala, the oldest settlement of the Amalfi Coast, as the venue for their wedding. Its name fully reflects the landscape, which consists of steep slopes, hills, terraces and the picturesque Dragone River flowing in the valley.

The venue enamors the passers-by at first sight. The ruins of an ancient shrine are stone walls elevated in the form of an arch on the edge of a cliff. The cliff opens a breathtaking view of the coast. Once stretching to the sky, but at the moment broken by time the columns give the event significance. The stone basilica does not need rich decoration, because it radiates greatness by itself. Therefore, natural shades of white and green were chosen as the decor. Compositions of flowers and greenery were installed in a semicircle so as not to impair the historical beauty of the place.

The ceremony, brimming with sincere emotions and awe, was held in the circle of family and close friends. The lovers made vows of eternal love to each other. After the ceremony, the couple was photographed on a cliff against the background of an old wooden fence, on the narrow small streets of Scala and Ravello. Authentic alleys, Mediterranean flora, stepped climbs, paved paths in the soft pre-sunset light — all this provided vivid and memorable pictures. The couple also made a souvenir video in the neighborhood.

After the symbolic ceremony, the transfer took the newlyweds and guests to one of the most interesting places of the Amalfi Coast — Club Africana. This historic club on the Amalfi Coast is located inside a real cave. The terrace offers a magnificent panoramic view of the Praiano coast. The walls of the institution are rocks that provide not only a colorful backdrop for the celebration, but also a unique acoustics. An amazing backdrop for the pictures is a walking path paved in the rock above a small cliff. Waves crashing against rocks create a soothing background accompaniment.

Dinner for the couple and guests was served on a secluded terrace in the rock, remote from the common room. The decorations were compositions of roses, peonies and lush greenery. Pastel- colored textiles did not distract but focused the attention on refined table setting.

To accentuate the atmosphere of intimacy and mystery, it was decided to exclude artificial lighting, leaving a lot of candles on the table and around the perimeter of the site. This filled the celebration with a unique charm and magic. At the end of the evening, the couple performed a dance rehearsed in advance, which amazed their loved ones to tears. A touching moment was also the dance of the daughter and father. In general, the holiday was full of sincere emotions, unbridled joy and fun.

Basilica is located in a pedestrian zone on a hill, which can only be reached up the stairs. It takes about a 10-minute walk from the drop-off point of the transfer.

The most popular are Villa Cimbrone, Villa Eva, Hotel Caruso, Palazzo Confalone and the Basilica of Saint Eustace. 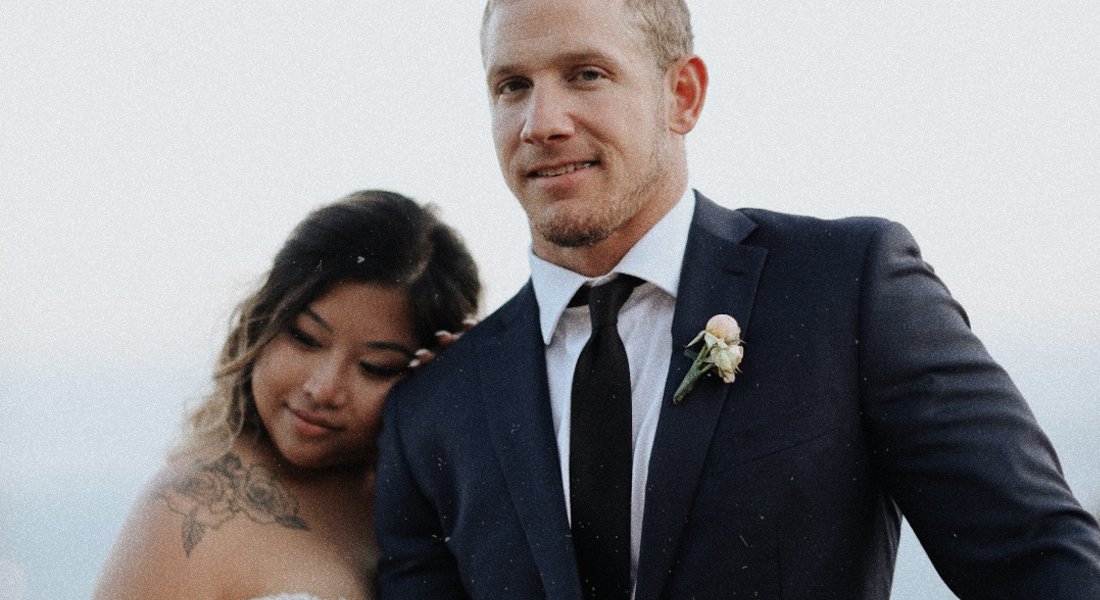 BACK TO GALLERY
@ wedplace.it
Menu
Contacts