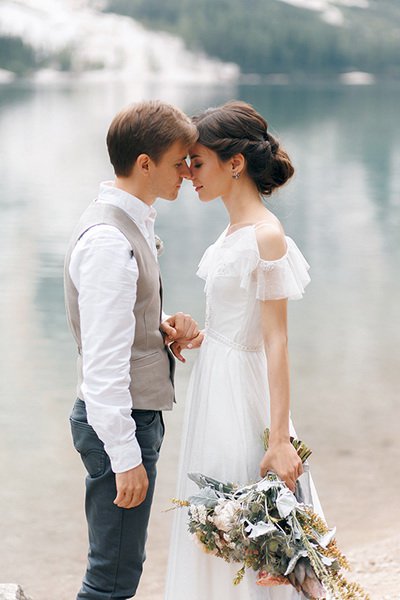 We started preparing for the wedding long (one and a half years), but we immediately decided that it would be a chamber wedding abroad in the circle of our closest friends and closest friends. We settled on Italy and decided that everything would be serious and real, with the official ceremony. At first, we communicated with many organizers at the same time, but it was Margarita who conquered us with her enthusiasm, tremendous energy and love for her work. She instantly sent many options and suggestions to any of our requests, we communicated constantly, 24/7, endlessly discussed scenarios and thought out various ideas for our future wedding.

It is very difficult to overestimate the role of WedPlace in creating our wedding: without them, there would be nothing J Margarita prepared and did everything from A to Z: from choosing and booking the wedding venue to solving our endless problems with documents (seriously, self-drafting documents for ceremonies not for impressionable brides and grooms).

In fact, it is very exciting to plan a wedding at a distance when you cannot see everything with your own eyes, but only in photographs. We are very worried that when we see everything ourselves, it will not be the way we imagined. But our expectations were not something that came true, everything was even a thousand times better than we thought! This atmosphere of Italy, the villa where our wedding took place, is impossible to convey. Our wedding day was a real fairy tale in reality, as in childhood dreams. It was really only our day: we enjoyed it every minute, not thinking about anything, except how happy we were to be here and now! All day Margarita and the team made sure that not a single problem and not a single question distracted us from the holiday.

Our wedding lasted four days in a medieval villa with the atmosphere and spirit of this non-tourist Italy. And these were the most unforgettable and happy memories in our life!

Margarita also selected the coolest and talented contractors for us. Special thanks I would like to express:
- our translator Elena for helping tame recalcitrant Italian servants of the prefecture
- to the photographer Anya for making out of two people who can't make photos of real models
- to stylist Ole for impeccable durable make-up and romantic image
- decorator Olesya, that she guessed all our desires and brought them to life

Our preparation lasted for a year and a half, but flew by like a flash. We will miss our correspondence with Margarita, the choice of the palette, the dress and the taste of the wedding cake. It is a pity that everything ended so quickly!

We want to thank you for organizing the wedding of our dreams. This could be the end ... After all, it is very difficult to find words of gratitude for everything you have done for us.

You understood all our wishes from a half-word, gave wonderful advice, guided us and helped us in the difficult choice of both minor trifles and the most important things that make up our celebration.

Thank you for your patience and responsiveness, for understanding our excitement and moral support ... For your smile and for creating a truly Italian atmosphere and a fabulous day!

Thanks to you and your incredible team of stylists, photographers, decorators and everyone who took part in making this day unforgettable for us ... it will remain in our memory for a long and happy life.

Thank you so much, WedPlace! 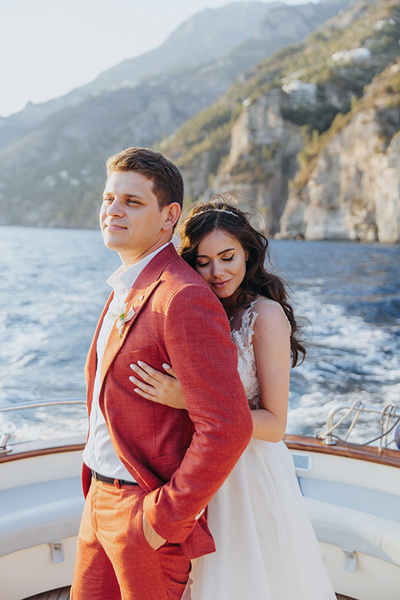 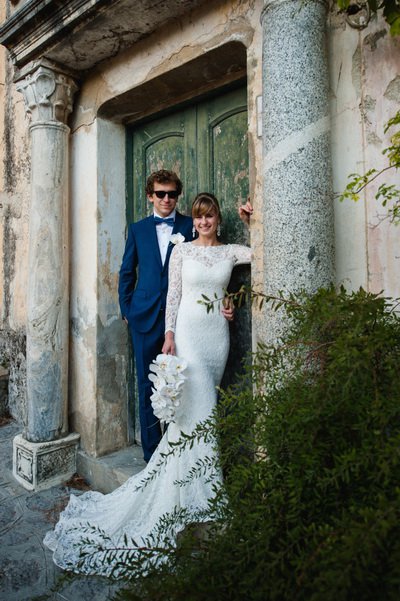 We set off to prepare our September wedding in January, enthusiastically thinking of ourselves as seasoned travelers. Say, what is so difficult in finding a site, catering and musicians and arranging them all together, even if from Moscow? But we failed with our very first steps – it turned out second to impossible to remotely put all the different Italian professionals together, let alone to answer our confused questions from some distant and obscure Nordic country. It was becoming clear that we cannot go without some assistance. After a careful study, we picked WedPlace agency. The puzzle was assembled quickly – an area of magic beauty, a small yet excellent choice of sites, and the wonderful Margarita. Totally unobtrusive, very comfortable in the best sense of the word, she did not actually “sell” but was always helpful in case of doubts, did not bother us with excessive communication, still she answered any question at any time of the day. She was honest as to what she can or cannot do, and what she deemed a good idea or not.

All the six months of preparations we kind of doubted whether the whole idea makes sense. But the great experience we took with our closest people turned out to be worth every penny and minute spent, with all the hassle and the number of alternatives.

For the ceremony we picked villa Eva on the mountain top of Ravello. From its rooftop there is a clear view of entire rocky Amalfi coast with its road spirals and strikingly turquoise sea.

The villa’s coordinator – a small dainty Italian belle – turned out to be a super professional. Two days before the wedding she insisted on going through a huge meticulous checklist not to overlook a single detail. With all her work together with Margarita and her team all I had to do was to get myself ready and … talk the groom into a photo shoot. To think of all the work and professionalism behind all of this!